I’ve asked myself this question a few times in recent weeks; I’m still not 100% on the answer which, considering what’s at stake, is bad enough for him. The thought first struck me during one of his last lacklustre PMQs performances and it’s sat in the back of my mind ever since. I’ve been given ample opportunity to dust off this thought during election campaign season and I keep thinking it…

I’m not sure David Cameron actually wants to win this election! 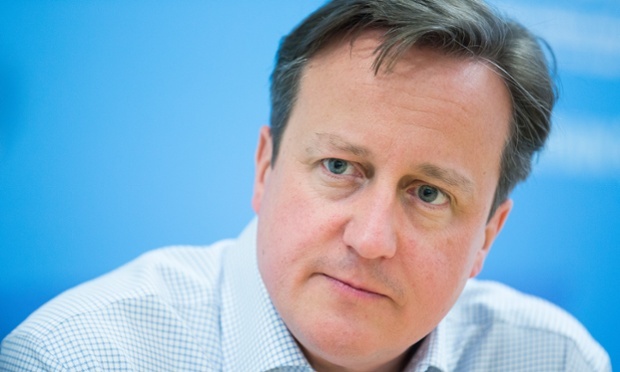 Sure, his party has been pushing the lines on TV and in the papers, his supporters are out in predictably fawning force, but I’m not sure David Cameron actually WANTS to be our Prime Minister any longer… I think he’s had enough. I think he’s realised that he’s messed up and now it’s difficult to say “we were wrong”. I think, when he announced he didn’t plan to seek a third term as PM in 2020 (should the Tories win on May 7th), he was effectively saying “meh, I’m done with this…” but couldn’t ACTUALLY say it. It wouldn’t do to step down as PM and still push the line the party is taking as that would be seen as weak, but I don’t think his heart is in it anymore.

Yes, he’s been out on the campaign trail – shirt-sleeves rolled up, looking every bit the ‘flustered estate agent with a puncture on his company SmartCar’ – but that’s his job. And we all know that sometimes you have to put a brave face on at work and pretend what you’re doing is bearable, even enjoyable! No. I’m not buying his tired, repetitive slog. I don’t think he wants to win.

You see, I have this theory, this opinion I hold that’s not very popular among many of my friends. I think David Cameron is, at heart, a decent man. Sure, he’s a decent man gone very wrong, but he’s one of the good guys in his party. He has a pretty progressive past for a Tory and he wasn’t especially popular among his party in the early days. Some say he remains a disliked man, within. Of course, he’s no saint. He’s a Conservative, I don’t trust his world view. But he’s a pretty left-wing for a Tory. Yep, I said it. Let that settle in your mind and hope it doesn’t pop your brain. I think he sees that he’s used his son’s death to score political points. I think it sits uncomfortably with him. I think he sees that people are dying as a direct result of policies he’s signed off on. I think this also sits uncomfortably with him. And I think he’s had enough. I hope I’m right.

If the Conservatives lose this election (and I think they still will) I fully expect him to resign as leader immediately. I expect him to retire to the back benches and see his time out quietly, disliked by his party, despised by the people of Britain, a failure. I think he knows this is a likely fate and I think he wishes he’d done things differently, not only from Day One of his tenure as PM, or even as party leader, but from Day One of his political rise. I think he wishes he’d pushed the progressive thing. I think he wants to lose, to disappear with a perceived thread of dignity intact.

Of course, I could be completely and utterly wrong. Maybe this is Cameron in Campaign-mode! Maybe this is him brimming with enthusiasm and self-belief. And if it is, maybe this isn’t the man we need as Prime Minister, the man to make Britain better!

Maybe this isn’t the Droid we’re looking for.