You may already have read that me and my wife have been watching Castle for a month on Amazon Prime Instant Video. Every time we go to play a new episode the service tells us that, for as little as £19.99, we can BUY a digital download Season Two to watch whenever or wherever we like (despite that being exactly what Amazon Prime is giving us anyway). That’s not bad value; 24 episodes for £20. That’s less than £1 an episode! Not bad, right? 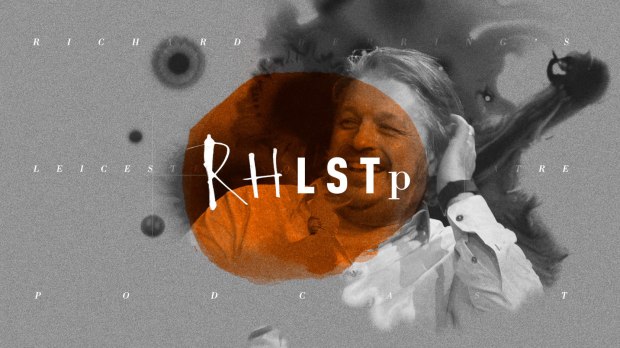 Well this is even better value: We’ve also been watching Richard Herring’s Leicester Square Theatre Podcast for years. Over an hour (usually) of hilarious and genuinely revealing interview chat with a comedian (usually) per episode. The episodes are available as audio podcasts absolutely free of charge, have been for a while. They were also available to download (for a small price) as videos. Shamefully, I only ever bought one.

But now there’s a way to get them all on video! Richard Herring is “Kickstarting” his next series of RHLSTP – as he did his last – and, for as little as a quid, you could have access to hours and hours of interviews. That’s less than 10p an episode when spread over the series. Less even than that! But why limit yourself to just a quid on the Kickstarter? If you want to pay a quid, go to GoFasterStripe and buy one of Rich’s contributory “I Paid A Pound” badges. If you’re backing on Kickstarter then pay more and get perks!

There are some awesome goodies up for grabs and as soon as I can I’ll be backing him myself. Why not take a look at what’s on offer here and check out the videos Rich has already generously made available for FREE on his YouTube channel, here.

Honestly, it’s the best fucking show on the internet. You won’t regret it.