Jeremy Corbyn has been elected Labour Leader with a massive 59.5% of the vote in Round One. There was talk of his victory being a foregone conclusion in the days leading up to the announcement but polls have (famously) been wrong before. For that reason there was a buzz among Corbyn’s supporters this morning, but I don’t think anyone was 100% sure he had it in the bag. Many opponents of Corbyn and his kind of politics were on record previously as stating that IF he wins he’ll do so off the backs of the thousands of “infiltrators” who had paid their £3 (controversially) to cast their ballot for him, those infiltrators being made up of genuine supporters, troublesome left-wing interlopers and right-wing saboteurs. But that’s not the case at all!

Official figures show that Jeremy Corbyn topped each and every group of voters, be they members, registered supporters or union affiliates. Yes, it’s true that a gigantic majority of the £3 Crew backed him but, even without their support, Corbyn would have taken the leadership among members and affiliates alone. That is a clear and democratic mandate. There is no arguing with the validity of his appointment, that much is fact. As chants of “Jez We Did!” echoed around the hall, Jeremy Corbyn took to the stage to give his “victory speech”. It was more a mission statement: A fairer society, a strong anti-austerity approach to economic recovery and far less-hawkish foreign policy. The coming weeks will see a new shadow cabinet assembled and we’ll see how things pan out. I’m hopeful.

Of course, as you’d expect, some Labour MPs are already throwing their toys out of the pram in protest, if you’ll excuse the phrase. Rachel Reeves and Jamie Reed have already retreated to the back benches. In my view, all this proves is that they are hopelessly out of touch with the feelings and opinions of their party members, supporters and affiliates and that, as soon as they are given a chance to, their constituencies will vote them out. Protesting such a massive majority win is simply undemocratic.

The Conservative government, too, are on the attack. For an hour or more there was no comment at all from the Tories. Now we’re being told that Labour are a great threat to the economy, to our security and that under Corbyn the country is a far more dangerous, unstable place. This, of course, from a party who are on record as saying Corbyn would be their candidate-of-choice! Is this the Tories now fearing a man with a bigger mandate among his party and its supporters than this government has among its people? Is all they have to offer in response to this a torrent of desperate fear-mongering? Seems so! 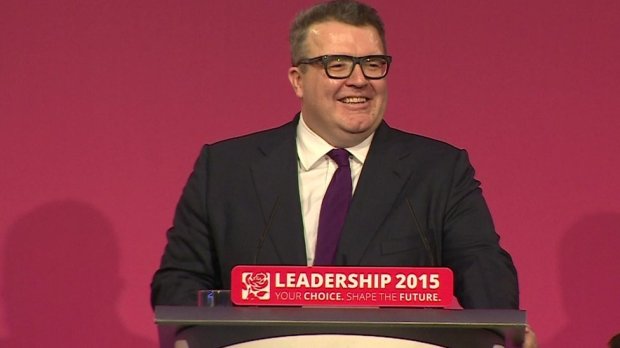 Tom Watson was elected Deputy Labour Leader shortly before the Corbyn announcement and, whether you like him or not, will be a strong voice on a fresh Labour front bench dedicated to creating a fairer Britain, opposing a cruel Tory government and pressing on toward real change in politics. From 500/1 odds at the start of this race, Jeremy Corbyn has inspired hundreds of thousands of people across the country, blazing his way to a position as front-runner. With almost 60% of the vote in the first round there is no denying our new Labour Leader the deserved congratulations he’s getting.

Under (oh, god!) “Tom & Jerry”, this revitalised Labour party – inspirational, grassroots-led, inclusive and progressive – could do great things. We have four years of opposition left, which must be utilised to the full. There is a Conservative government tearing this country apart right now and opposition is required. Then, when the 2020 election looms closer, we MUST be united in our fight to put Labour back in power with aims of a better Britain. I believe we can do it. I believe in Jeremy Corbyn. I think the times they are a’changing! And doesn’t it feel good?