I met friends last night, in the pub, just for one. When I was being driven home my friend Simon and I passed through our usual route. Up the hill, past the school and the flats, past the Spar, down the hill and home.

It wasn’t until I bumped into my Mum on her way out of her friend’s house and was asked “hey, did you hear about the body?” that I realised I’d just passed the scene of a rather grisly find.

At around 1pm yesterday the police were called to the flats I passed last night because “human remains had been found” in the grounds and the police are treating it as murder. Details were thin on the ground last night, but the consensus is that “remains” were found “concealed above ground outside the flats”. Police are asking for anyone who thinks they could help identify the body or help establish a cause of death to call 101 immediately.

But, of course, rumours abound: One guy on Twitter says it was a skeleton that was found. Another on Facebook reckons builders renovating the flats discovered a decomposing corpse wrapped in bin bags in a disused shed in the grounds. Nobody in the village knows for sure. But this from the BBC seems to suggest that the body had been wrapped in plastic and concealed in the gardens of the flats, and the fact that they’re asking for information on any male who has been missing for “the last few weeks” suggests that the body had been there a while. 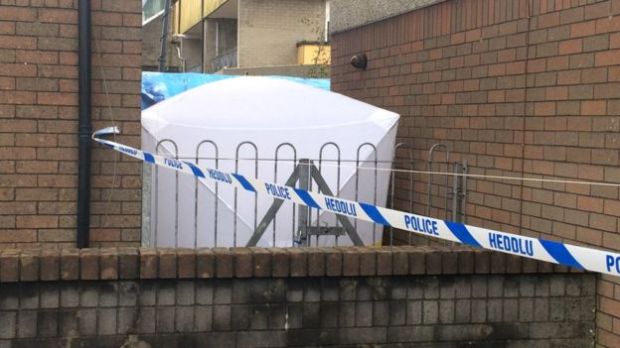 I’m sure that over the next few days we’ll see more information surface, but until then there’s little more the people of Beddau can do except carry on with their lives as normal. Hiding indoors and living in fear will do nobody any good whatsoever. Until we know more life must go on.

My thoughts are with the person found and with their family, if they have one, who will surely be missing them.