In the following review I have avoided giving away any major plot spoilers but I have talked about the plot synopsis and the characters.  Those wanting to know absolutely NOTHING about the movie until they see it are advised to bookmark this page and read it later.

You have been warned. 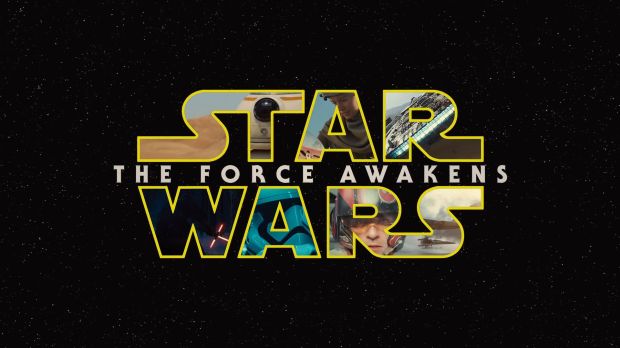 My wife and I booked tickets to see The Force Awakens at a screening on Friday morning. Luckily for us we landed tickets for an earlier screening at 00:20 this morning! I was, and am, so pleased that I got to see it almost immediately on its UK release. Of the film itself… well, there’s lots to say and lots I simply can’t say.

First off, the question on everyone’s lips: Is this a return to “real Star Wars” after the disappointing sidestep in the prequel trilogy? Well, yes, it is… J. J. Abrams has managed to make a brand new Star Wars movie that absolutely feels like the movies we know and love. Yes, he borrows from the Original Trilogy heavily, but never copies it. He mirrors without ever repeating. This is poetry; it rhymes. Star Wars always has. 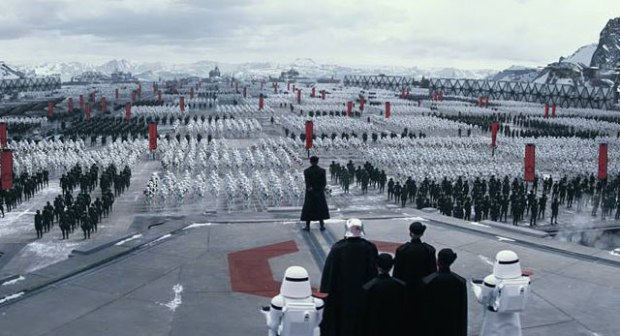 So what of the plot? Well, this one is set some 30 years after the events of Return Of The Jedi that saw the Empire left in ruins. In that time Jedi Luke Skywalker has disappeared and a new generation of horrible, fascistic bastards have risen – The First Order (what I imagine the Young Conservatives would be if they had access to space travel). They’re a fresh-faced nightmare with ideas above even their predecessors. Meanwhile, a resistance is doing all they can to dampen the Young Cons’ plans. Maverick Resistance pilot Poe Dameron has acquired a star map that reveals the whereabouts of the vanished Luke, but (of course) the First Order want it. And that’s where our tale begins!

I won’t go deeper into it because, as the story plays out, the layers are peeled back and the relevance of an otherwise simple starting point is revealed.  It’s a joy to behold, it truly is! 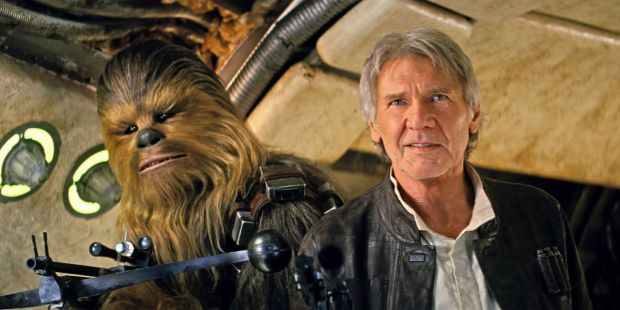 Returning are The Big Four: Luke, Han, Chewie and Leia. That’s no spoiler, it was never a secret. And they are wonderful. Each character has been developed brilliantly, rather than just being the same old faces but older. Han and Chewbacca are our jumping on point and when they arrived on-screen I let out a little involuntary, nostalgic chuckle. Han especially lights up the screen (though – and I mean this honestly – Chewie gets all the funniest lines). Leia has become everyone’s kick-ass Grandma and it’s a thrill to see the old gang together again.

It’s the new gang, however, that’s the highlight here. The Next Generation of heroes and villains are the best thing about this film. Relative unknowns Daisy Ridley and John Boyega are fantastic. Rey (Ridley) is a scavenger from Jakku who’s waiting for… someone, Finn (Boyega) is a Stormtrooper who questions the brutality of his job. Both are true heroes for a new age, smashing role models who uphold the tenets of independence, decency, bravery and responsibility. Poe Dameron (Oscar Isaac) is also great, but is underused. I hope he’ll be the focus of that third, mysterious Anthology Film. 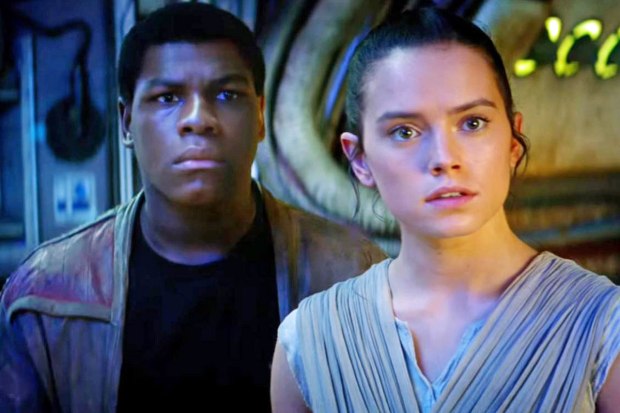 Blimey, I’ve not mentioned General Hux, Maz, Snoke, Phasma, that kick-ass Stormtrooper that has a go at Finn or the gang of criminal Space Scotsmen… No time! Just take it as read: Across the board, performances are top notch.

But it’s the new “feature villain” Kylo Ren, a prick with the Force played with such depth by Adam Driver that it’s difficult to hate him at all, let alone love to hate him, despite his horrific actions. Ren could so easily have been Darth Vader 2.0 – a carbon copy would have done, really – but instead we get a petulant and emotionally complex Vader fanboy with a raw, untethered power. I loved him. I sympathised with his aims, even if I didn’t agree with them. He’s better than I ever expected him to be. 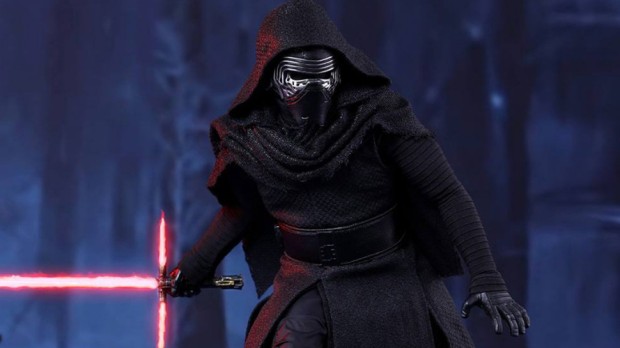 All in all, with cute droid BB-8 in tow, this new cast of young heroes and villains become the stars of the future. The baton is passed (literally, almost) to them by familiar faces and never once does it feel clunky or clumsy. The transition from one main cast to another (I wish so much that I could say more – there’s no doubt that I’ll write more about the ins and outs of this film once the fear of spoilers has died down a bit) happens without you ever noticing.

What you do notice – and this is a very minor niggle – among the spectacular locations and superb physical effects (including a lovely homage to the Cantina scene stuffed with aliens) are the two “wholly-CGI” characters. They look great, don’t get me wrong. But when even the most-briefly glimpsed alien cameos are blokes in costumes you can “see the join”, so to speak. But one of them’s a hologram so I’ll blame that. 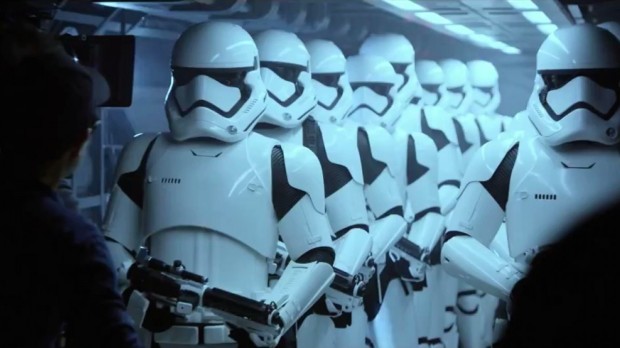 This film is packed with action, spectacular special effects, it carries an emotional punch like no other Star Wars film.  I laughed, I cried, I literally couldn’t breathe at one point. I was totally engrossed from the second the crawl began. I forgot where I was, instead transported around the galaxy with some of the most likeable characters ever. I wish I could tell you more!

So, what of the future? While The Force Awakes can be seen as a standalone plot, the journey it sets our young heroes on is just the start of a brand new saga that will, if that closing scene is anything to go by, be even more thrilling that we’re used to. The force awakens, indeed! I adored this movie even more than I thought – and hoped – I would. And now I want Episode VIII. Like, now. Immediately. No, I won’t wait. 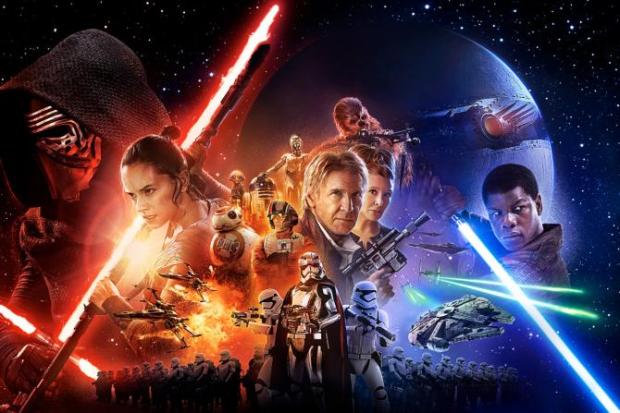 IN SHORT: Good Old Star Wars, Great New Cast! An action-packed treat! Relax, it really is as good as you want it to be.

(Falls short of five stars only due to its being Part One of a grander tale and for having one or two obviously CGI shots. Minor criticism, really).

Star Wars: The Force Awakens is in cinemas NOW!