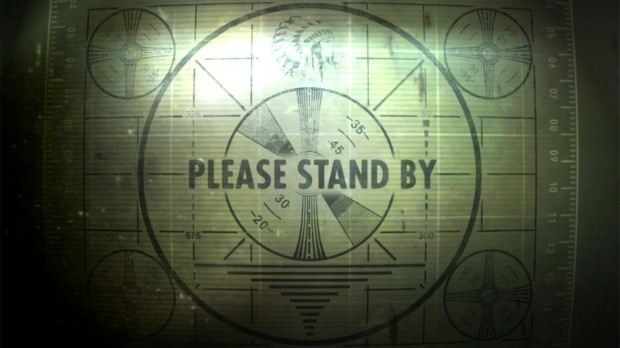 It’s been over a week since I first entered post-apocalyptic Boston as a lone wanderer called “Gareth”, armed with a series of makeshift firearms and a suit of robotic, fusion-powered armour. I can’t seem to leave the place alone. Over the last week we’ve played for hours and hours and hours.

I’ve never played a Fallout game before but I lost weeks of my life to Skyrim, Bethesda Games’ epic fantasy role playing video game. My wife and I would wander the wilderness battling vicious enemies, crafting better stuff, picking flowers (no, really). And now it’s all happening again, but in the god-awful future. 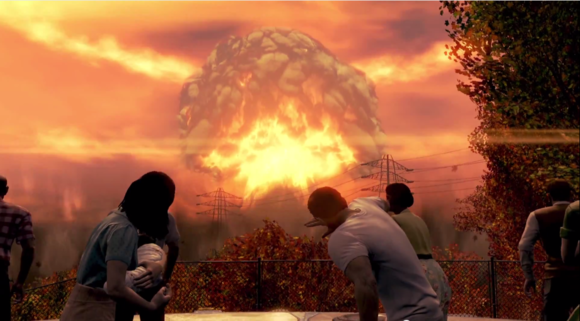 Fallout 4 is as engrossing, immersive a gaming experience as you’ll ever want. There are literally thousands of things to see and do between combating marauding raiders, building settlements and picking a new bandanna for your dog. It is a wonderful looking, wonderful feeling, wonderful wonderful game.

This is unlikely to be the only post I ever make about Fallout 4. Both me and Aimee are really enjoying just living in this world: she does the settlement upkeep – the farming, crafting and recruiting – while I wander into what she calls “the sepia world” and do all the killing and dying (more the latter than the former, usually). It’s bloody great!

We’ve barely scratched the surface of this enormous game but I haven’t a bad word to say about it yet. There is nothing to criticise. I’m sure I’ll find something to pick at at some stage, but so far this game is a 10 out of 10. Sometimes I want to quest hard, ploughing through story or side missions with a hunger. Sometimes I just want to wander the irradiated wasteland, picking up junk to break down into building components.

But most of all it’s just great fun to be. It’s rare that a game offers such a living, breathing world to explore… Many games offer “open worlds” but here you get thrown into a world where a toothbrush is something you may find yourself searching for for hours on end. And even that search is fun.