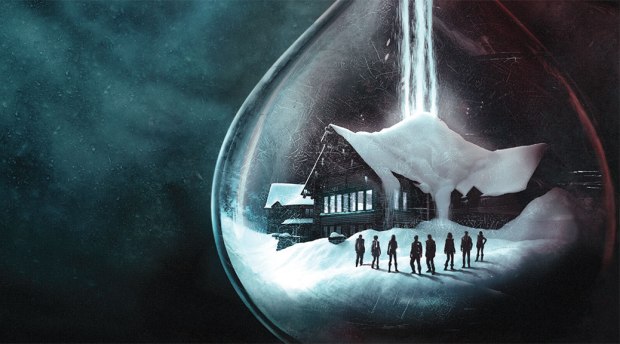 As I’ve probably mentioned before I quite like those “cinematic video games” that are being made these days. I really enjoyed Beyond: Two Souls and, while I didn’t quite finish it, was really enjoying Heavy Rain while I played it too. The latest offering from Supermassive Games, Until Dawn, is better than anything that has come before. If Beyond: Two Souls was a paranormal sci fi mystery and Heavy Rain a cracking murder mystery then Until Dawn is absolutely a teen slasher movie, like Scream or Jeepers Creepers, etc.

The story begins like this: Ten friends gather at a family “winter lodge” in British Columbia. A cruel prank results in twins Hannah and Beth running in embarrassment into the frozen woodland, never to be seen again. One year later, the same group gather in the same place to help the twins’ brother Josh “get closure” by returning to the scene of the horrific event that has alienated them all from each other for the last twelve months. Or, in other words, eight teenagers gather in a creepy cabin in the icy Canadian wilderness, where something awful and unexplained has happened previously. Perfect and predictably simple horror stock plot. 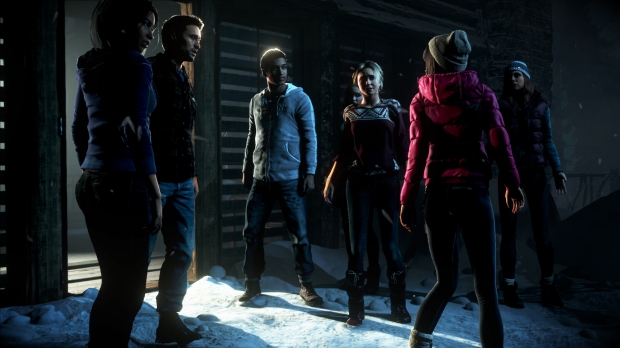 And that’s no bad thing! This is a game packed full of horror cliches and slasher tropes. And what makes the thing all the more enjoyable and interesting is that, even after one whole play-through, you’re only going to get part of the story. To “complete” the game you need to play through the story numerous times. You need to make different choices each time. You need to explore places you didn’t go before, to find clues you never knew were there.

Essentially there are three stories here: The Twins’ disappearance, a tale about miners trapped underground and the threat of a creepy stranger who seems too interested in the mountain’s legends. All three intersect, but you’ll only know X fact if you manage to keep Y and Z alive long enough to have a conversation about it. If one of them dies then the information will be lost. It’s great! 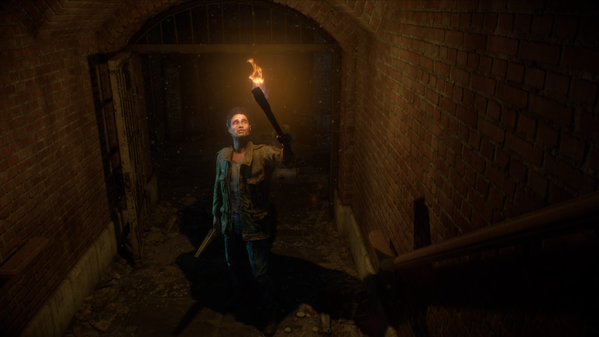 Part of what makes this game so good is the voice acting; the game can boast some really great names! Hayden Panettierre (Heroes), Brett Dalton (Agents of S.H.I.E.L.D), Rami Malek (Mr Robot) and Peter Stormare (Prison Break) all give exceptional performances, as do the rest of the less-known but no less-talented cast. Supermassive are brilliant at casting their games, always getting the best names they possibly can.

I’ll be having another play-through soon, if only to see what could have been. Plus, there’s one really annoying character (a great character, but annoying) who we saved this time but who definitely deserves a grisly death next time… And we lost our favourite at the very last minute first time around through a very silly, careless mistake, so we’ll save her next time too. Or maybe we won’t. Who knows until we play again! So, let’s play again.