The last few years have seen some of the strangest political developments of modern times. You’d be forgiven for assuming we were part of an elaborate reality TV show if you didn’t know better. But somewhere along the line, alongside the cartoonish political climate, political argument has also turned into a caricature of itself. I’m not one to shy away from attacking my political opponent on any and all issues that present themselves; I’m forever retweeting this cutting remark on Twitter or sharing that damning expose on Facebook. But let’s switch that camera phone to selfie mode for a second…

Why do we (on the Left, if you like) have to resort to petty name calling and personal insults? Don’t we have enough ammunition to use against our political opponents based on their politics alone, without resorting to what essentially amounts to bullying? I first started thinking about this when Trump was running for President. Of course, there was a noise made about his abhorrent views on race and the lies told throughout his campaign, but there were even more “hot takes” about his hair and his tan. Even those articles criticising his politics were usually host to sentences like “wiggy wotsit Trump” or “Trump, looking like an albino Oompa Loompa” etc, etc. Are we not above that kind of attack, based on personal appearance? The dude has silly hair, sure. Now, about his proposed ban on Muslims entering the USA… 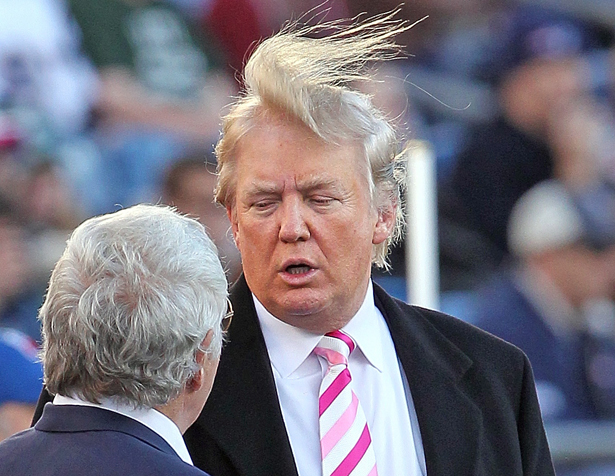 I got really angry earlier this week when a photograph that was doing the rounds appeared to show White House Spokesperson Sean Spicer wearing odd shoes, one black and one brown. “Look at this idiot!” people roared, “He can’t even get dressed properly!!” And on and on it went, people – sensible people, who KNOW that if you want to criticise Spicer there are a lot of things to pick at – shared and laughed and mocked and didn’t for one moment consider whether there could be a reason for the odd shoes.

Two minutes on Google and I’d discovered that the photograph wasn’t a recent one. It was months old. And the reason Spicer was wearing odd shoes was because he has a problem with his ankle. He was wearing an orthopaedic boot. What was actually happening was outrageous. Progressive, sensible, lovely people I knew were sharing the image, mocking his shoes. I explained that a) the photo was an old one and b) they were mocking a man’s disability. “Can’t we just have some fun?!” asked someone I consider to be one of the kindest, most generous and progressive men I know. Others, too, seemed not to care for the truth as long as they could have a dig about Spicer’s boot. Really? Facts don’t matter when it’s us doing the name calling?

Remember when Boris Johnson called Jeremy Corbyn a “mutton-headed old mugwump”? CLASSIC Boris, right? Floppy-haired buffoon Boris, right? Or shall we withhold our ire at his hair style and concentrate our efforts in attacking his dangerous views? When you use personal appearance as means of attack, you distract from the real issues. You risk turning your target into a sympathetic figure – I felt extremely sorry for Spicer after his disability was mocked by my friends. And I fucking hate the guy.

Following the “mugwump” furore, Jeremy Corbyn reacted in an adult way. He said of Boris “if he’s resorting to name calling and personal insults this early [in the general election campaign] it shows how desperate [he must be] and how lacking in substance their argument really is”. Classy, I thought. Corbyn stayed above the pathetic tittle-tattle and took the moral high ground. Of course, as always, his party soon stuck a pin in its leader’s reasoned and grown up approach by briefing that Tom Watson was to make a retaliatory attack on Boris in a newspaper article the next day. “He’s going to call Boris a ‘cheese-headed fopdoodle’!” we were told. And in just a few words, we were back in the gutter. I could have cried.

And remember the outrage from us on the left when that photo of Ed Miliband eating a bacon sandwich did the rounds? “Pathetic! How can you possibly expect people to fall for your attack on the guy, not based on his policies but on one photo of him eating a sandwich a bit oddly!” we screamed. It was unbelievable! The likes of the Daily Mail were using “Sandwichgate” as a proxy for Ed’s apparent incompetence; surely nobody would fall for that nonsense?! And then what happened? A photo emerged of Theresa May eating chips. Suddenly the photo was everywhere, proof that she’s so out of touch that she doesn’t even know how to eat chips from a cone. My political contemporaries laughed and shared and mocked and meme’d… Had they forgotten their opinion on using such desperate personal attacks when they were against Miliband? Or is okay to resort to tit-for-tat bullying when it’s against the person you’re against?

Aren’t the left, in mocking the May chips photo, doing just what they criticised the right for doing in 2015? Are we really this hypocritical? “Well, if they can do it…” some may say. But that’s no good! We can’t just do the stuff we criticise our opponents for doing because “well, they did it so why can’t we?”! We need to be better than them. We need to position ourselves above the kind of cheap smears levelled against us and show that it’s the policies, not the personalities, that matter most. I couldn’t give a shit what the Prime Minister looks like eating chips or sandwiches as long as the policies they enact have the interests of the people at their heart.

If Labour wants to win the general election – if the Left want to achieve anything at all going forward – it is essential, I think, for us to position ourselves above our opponents. Leave the “fake news” them. Bust it with facts where you can. Try not to resort to personal attacks on appearance or disability when there are myriad political issues to pick at. Don’t humanise the despots by mocking their funny hair, gammy leg, their weight or (for fuck sake) their race or gender. Concentrate on their views, the damage they do when their views influence their policy and the incompetence they display when they run our countries to the ground.

Be better than those you wish to beat. Show them to be the childish, desperate individuals they are by not joining in their petty games. Argue with honesty, using facts. Research your own points before throwing them out there – it’ll benefit you to be unassailably correct when your opponent is grasping at straws to bring your argument down. The right is wreaking havoc on both sides of the pond, so don’t mock their appearance but speak against their politics. And speak with an eloquence, honesty and factual basis that they do not. We have history on our side right now, so let’s not trivialise the issues that future generations will judge us on.