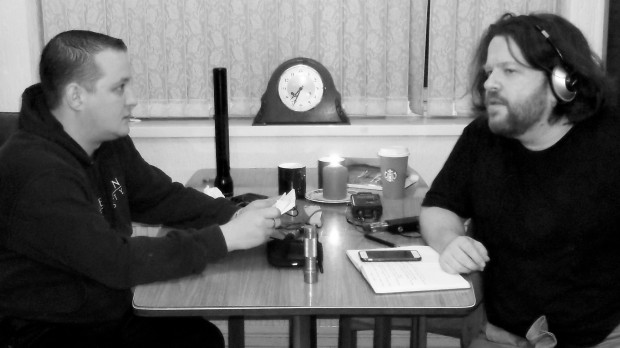 Well, we’re very excited indeed. We’ve just booked tickets to see Ian Boldsworth and Barry Dodds (of Parapod fame) do stand-up together* at Nottingham Comedy Festival in November. It’s a three-hour drive or £150 on the train, so it’s an adventure, but it’s worth the trouble since the likelihood of these two sharing a bill again is pretty slim. If Ian had his way he wouldn’t be on this one, but he agreed to it when he was half asleep and now he’s contractually obliged to appear.

So my wife and I are going to make a road trip of it! We’re going to pack my phone with episodes of The Parapod and throw a bag of snacks on the back seat, head up there to arrive a couple of hours before the show and hopefully meet up with some fellow fans for a drink. We’re not even thinking of the three-hour drive home again at the moment.

So, yes… we are buzzing with excitement. It’s going to be so much fun. We can’t wait!

*They’ll be performing separate sets, not appearing on-stage together…